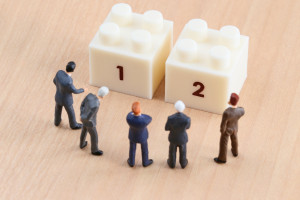 On September 28, 2015, the Defense Procurement and Acquisition Policy Directorate (<abbr=”Defense Procurement and Acquisition Policy Directorate”>DPAP) released a memorandum entitled “Class Deviation – Earned Value Management System Threshold”. In this memo the DoD changed the threshold for <abbr=”Earned Value Management System”>EVMS application to $100 million for compliance with EIA-748 for cost or incentive contracts and subcontracts. That same memorandum stated that no EVMS surveillance activities will be routinely conducted by the Defense Contract Management Agency (<abbr=”Defense Contract Management Agency”>DCMA) on contracts or subcontracts between $20 million to $100 million. As attachments to this memorandum, there was a reissuance of the Notice of Earned Value Management System <abbr=”Department of Defense Federal Acquisition Regulations”>DFARs clause (252.234-7001) and the Earned Value Management Systems DFARs clause (252.234-7002), with both reflecting the new $100 million threshold.In response to this guidance, a series of questions from both contractors and other government personnel were submitted to Shane Olsen of the DCMA EVM Implementation Division (<abbr=”EVM Implementation Division”>EVMID). Below are the salient points from this communication:

The DCMA is still working on a response to the following questions:

This blog will be updated and reposted as answers to these questions are given.