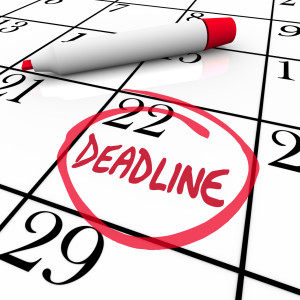 Quick.  What do Bankers, Ship Captains and Program Managers have in common?  Answer: They all want to address negative float issues in a timely manner.

While those of us working in program management are not concerned so much with a ship’s ability to stay afloat or financial maneuvers, we should be concerned with earned value and negative float in the schedules.  It is an important warning sign that one or more of the Program’s schedule goals cannot be met with the current plan.

As described above, the term ‘negative float’ has different meaning to different people even within the project management community.  To be precise, the term refers to a property assigned to each task or milestone in the schedule called Total Float, or Total Slack in Microsoft Project.  The values in the property usually represent days and are assigned as a result of a scheduling analysis run.  These numbers can be positive, zero or a negative number of days:

If the schedule contains tasks with negative float, the first step is to quantify it. This can be performed in the tool using filters or grouping by float values.  Analysis tools, such as Deltek’s FUSE, Steelray or the DCMA’s new Compliance Interpretive Guide (CIG), are used to evaluate contractor delivered data and provide metrical analysis to Auditors prior to a review.  The tolerance threshold in the CIG (current nickname ‘Turbo’), as in all schedule analysis tools, is 0 (zero) percent of tasks with negative float.

Once identified, the next step is to determine the cause of the issue(s).  Because negative float is generated by a date constraint in the schedule, if the end point can be determined, then the predecessors can be identified that are forcing the slip to the end point.  One of the easiest ways to do this is to group the schedule by float and sort by finish date.  This is because most of the string of tasks that push a task/milestone with a delivery date constraint share the same float values; look for those groups of tasks with the same negative float values.

The definition of a schedule is a time phased plan that defines what work must be done, and when, in order to accomplish the project objectives on time. Earned value and negative float is a condition in the schedule that indicates the project will be unable to meet one or more of its objectives. It should not be ignored, or worse, marginalized with slap-dash tricks to get rid of it such as deleting relationships or reducing durations to zero.

Instead, negative float should be quantified, analyzed and addressed with a corrective action plan which includes steps and follow-up reviews to ensure adequate remediation of the problem.  It is a zero tolerance metric with most customers and, if not addressed internally, will most likely be identified by the customer for action.

Contact Humphrey’s & Associates, Inc. with questions or information on how to set up a corrective action plan for earned value and negative float.