Earned Value Management: How Much Is Enough? 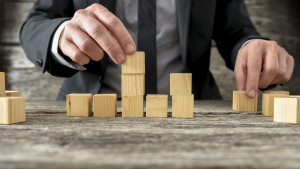 In the case of the benefits and costs of the earned value management process, it would be difficult to improve upon Dr. Christensen’s 1998 paper on this heading or to attempt to improve other papers and studies done by Wayne Abba, Gary Humphreys, Gary Christle, Coopers & Lybrand and others. So I will not make citations to these past studies. Rather I will leave them undisturbed, as the monuments they have become.

There are as many strategies to earned value management as there are companies using EVM to manage their programs and projects.

I have firsthand experience with a company, that at the time I initially joined them and had decided to ignore earned value management even though it was a requirement in several of its contracts. After many painful years of attempting to maintain this recalcitrant EVM strategy, this company decided that a better strategy would be to become “efficiently expert” at EVM.

It has been my experience that most companies desire to “become EVM compliant,” which generally means being compliant to the 32 guidelines and not failing those guidelines so as to be de-certified. This is the vast middle ground between the two goal posts. I will now share five observations regarding companies in the “cross bar” majority.

Observation #1: Compliance As A Goal; Golf and EVM

Compliance should be a “given,” or a “pre-condition,” not a “goal.” Remaining merely compliant implies a status quo or static posture.

I will use the game of golf as an analogy. Golf is a game of honor and compliance to well established rules. All PGA professional tour golfers “comply” with the rules that govern golf. Although all PGA tour pro golfers comply with these rules, their performance on tour differs dramatically.

Fifty-three percent of all PGA golf pros, past and present, have no tour wins. That means only 47% of all PGA tour golf pros have won at least a single PGA tour. There are seven players in the history of the PGA that have fifty or more tour wins. If the bar is lowered to forty or more wins, only three players are added to the list. If the bar is lowered yet again to thirty or more tour wins, only eight more players are added to the list. Only 18 golfers have won 30 or more PGA tournaments.

Professional golfers do not confuse compliance with performance, nor do these professionals assume that “being compliant” will improve their performance.

Observation #2: “The Tyranny of The Status Quo”

With apologies to Milton Friedman and his book of the same name, companies that attempt to maintain mere guideline compliance will do no better than the status quo, and more often than not, regress toward non-compliance. Maintaining status quo is a myth – you either improve or regress.

All professionals, companies included, must compete in their markets and selected fields. To succeed in this competition requires constant improvement in areas critical to success. A company, organization, or individual without the means or the desire to improve will eventually fail and perhaps perish.

As a program manager, I considered EVM as my scoreboard. I reacted to the EVM data – the scoreboard – and made decisions based on that data (GL #26).

I recall the 2014 Super Bowl’s final score: Patriots 28, Seahawks 24. Did the scoreboard cause the Seahawks to lose the game or did a poor decision by their coach cause the loss? Imagine a coach that cannot see the scoreboard. That coach does not know the score or how much time remains. That coach cannot react to the realities of the game.

I have witnessed several company leaders assert that the use of EVM on a poorly performing program is the cause of that program’s poor cost and schedule performance. A correlation between two variables, or a sequence of two variables (use of EVM and poor performance), does not imply that one caused the other. This is the logical fallacy known as “X happened, then Y happened, therefore X caused Y.” Night follows day, but day does not cause night. Use of EVM does not cause poor program performance. Not reacting to EVM data and promptly taking corrective action with your program’s cost and schedule performance often leads to poor outcomes.

Observation #5: It Takes More Energy To Be Poor At EVM Than To Be Expert

Returning to the earlier golf analogy, professional golfers make very difficult shots appear easy. I played in one pro/am tournament years ago. The pro I was teamed with took me to the range hours before our tee time. He asked me how many balls I hit before each round. I told him sometimes none and sometimes 50. He hit 1,000 balls before our round. When we finished our round, he was ready for another 18 holes. I was not. Both of us “complied” with the rules of golf. His score was significantly lower than mine. His game was effortless and produced a below par score. My game was labored and produced a poor result.

And so it is with EVM or any other process. The better you are at a skill, the easier it becomes. Experts consume far fewer calories at their craft than ambivalent amateurs.

After the most ardent EVM recalcitrants in this company “sought employment elsewhere,” a new strategy was adopted. This company embraced a strategy to become “best-in-class” as expert practitioners of EVM. This company’s goal was EVM perfection. EVM perfection is an impossible ambition, but wiser than “mere compliance.” And as with the PGA tour golf pro, EVM became nearly effortless.

Which EVM strategy will your company choose?