Who Owns EVM? Programs or Finance? 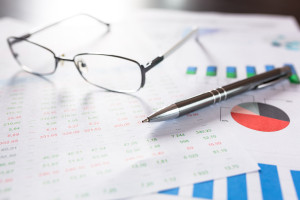 I have read several Earned Value Management (EVM) reports, papers, and articles that debate what company organization should “own” EVM and the company’s Earned Value Management System (EVMS). These debates most often mention the programs’ organization and the finance department as common EVM “owners.” The majority opinion seems to be that because EVM is a program management best practice it belongs in programs. A minority opinion is that because EVM is denominated in dollars, schedule included, and because EVM reports are financial in nature, EVM belongs in the finance department. Before we dive into this debate, a summary of the responsibilities of a Chief Financial Officer (CFO) and of the head of programs is useful. In our company A and company B examples to follow, both the CFO and the head of programs report to the company president.

WHAT ARE THE DUTIES OF A CHIEF FINANCIAL OFFICER ( CFO)?

A CFO has three duties, each measured in the time domain. The first duty of the CFO is as the company’s controller and is responsible to accurately and honestly report past company financial performance. The CFO is also responsible for the current financial health of the company – to insure that today’s decisions create rather than destroy value. And lastly, the CFO must protect the company’s future financial health and that all expenditures of capital maximize future financial health. Every business decision, especially those of the CFO, are either good decisions (are accretive – increase shareowner value) or are bad decisions (are dilutive – destroys shareowner value).

WHAT ARE THE DUTIES OF THE HEAD OF PROGRAMS?

The head of programs is typically a Vice President or higher and all program and project managers report to him or her. The head of all programs has profit and loss responsibility for his or her portfolio of programs and projects. In addition, each program is responsible for achieving the technical, cost and schedule requirements of the contracts it is executing on behalf of its customers.

A TALE OF TWO COMPANIES:

I will now describe first-hand experiences with two companies and how each company decided who should “own” EVM.

Company “A” had EVM assigned to the finance department. All EVM employees were overhead, even those assigned to a program. A new CFO arrived and quickly decided to reduce indirect costs, declaring that he was “coin-operated.” The new CFO terminated the employment of all EVM employees. Each program attempted to create an EVM branch office but failed. A level 3 CAR enumerating EVM deficiencies was issued and the CFO was fired. A second “new” CFO arrived and agreed to transfer EVM to the head of programs. The head of programs was instrumental in changing the disclosure statement making EVM personnel assigned to a program a direct charge to that program / contract. The head of programs created a Program Planning and Control (PP&C) organization and demanded all PMs and their program members to quickly learn, use and master EVM. A program control room was built with five screens. Daily 2:00 pm EVM data-driven reviews were held on short notice. These daily reviews became known as “CAM Bakes.” The EVM and program management culture changed quickly and dramatically at Company “A.”

Company “B” had EVM assigned to the CFO who was as “coin-operated” and unaware of EVM as the first “new” CFO of Company “A.” The culture of company “B” was very hostile to EVM, so it probably did not matter who “owned” EVM. The company failed 16 of 32 guidelines and was decertified. Significant withholdings were imposed and the company’s reputation was damaged. Several top managers hostile to EVM “sought employment elsewhere.” A new CFO arrived who was also “coin-operated” but expert in EVM. The new CFO formed a partnership with the head of programs. The new CFO was as much a PM as he was a CFO. The new CFO told his direct reports assigned to each program to “make the program managers successful.” And they did exactly that.

The new CFO understood that the company was the sum of all its contracts and that every dollar flowed from its customers. The EVM and program management culture at Company “B” changed rapidly.

Who Should “Own” EVM? Programs or Finance?

Returning to our original question of who should “own” EVM, the majority theory is that the Programs’ organization should “own” EVM. All else equal, I tend to agree with this theory.

However, while theory is suggestive, experience is conclusive. My experience at Company “A” proved that a strong programs’ leader could change the EVM and program management culture of a company rapidly. My experience at Company “B” proved that a CFO could “own” EVM and be successful at changing the company’s EVM and program management culture. The CFO and the head of programs must form an EVM partnership no matter who “owns” EVM.

Who “owns” EVM at your company?